So far, the causes of haemorrhoids are unknown. However, risk factors are identified as following: 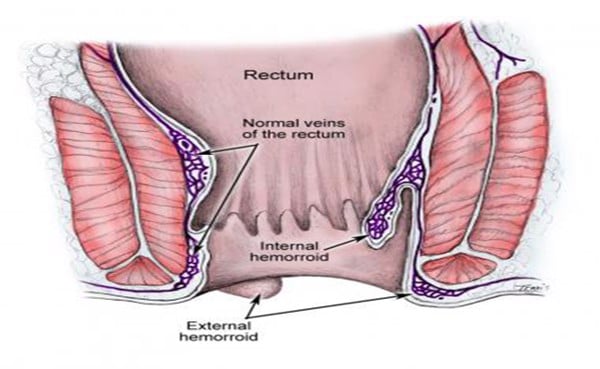 - Painless bleeding during bowel movements. You might notice small amounts of bright red blood on your toilet tissue or in the toilet.

A second-degree internal hemorrhoid bulges from the anus during bowel movements, then goes back inside by itself.

A third-degree hemorrhoid bulges from the anus during bowel movements and must be pushed back in with a finger.

A fourth-degree hemorrhoid protrudes from the anus all the time.

-External haemorrhoids: hemorrhoid protrudes from the anus all the time

More than 90% of patients with haemorrhoids are treated by non-surgical treatment, including internal medicine treatment and procedures

Drawback: poor result with haemorrhoids at the late stages (Stage 3 and 4) 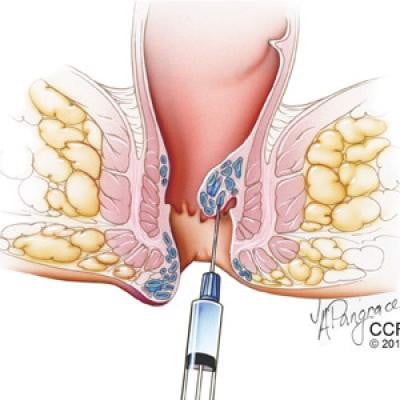 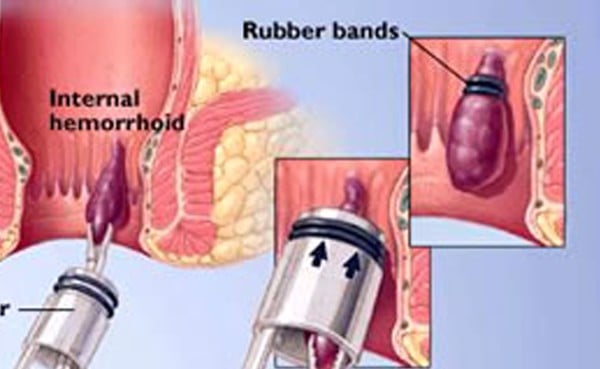 Less than 10% of patients with haemorrhoids are undergone surgery, including:

In this technique, there is no tissue excision, no incisions, and maximising the protection of anorectal canal structure. Therefore, post-operative pain is minimized for patients, hospitalized period is shortened (24 hours) and patients are able to come back to normal work quickly.

Principle: Using an adapted circular stapler to excise a mucosal cylinder and lower the rectual mucous membrane, aiming at revascularize the cushions.

* Classic surgical techniques with or without power: radio, laser…

Indication: Haemorrhoids stage 3, 4, vascular occlusion, or Cases that are failed with non-surgical treatment

So far, there are no treatment solutions with zero percent of recurrence. In general, the rate of recurrence is approximately under 15%. By that it means more than 85% of the cases were not recurrent of haemorrhoids.